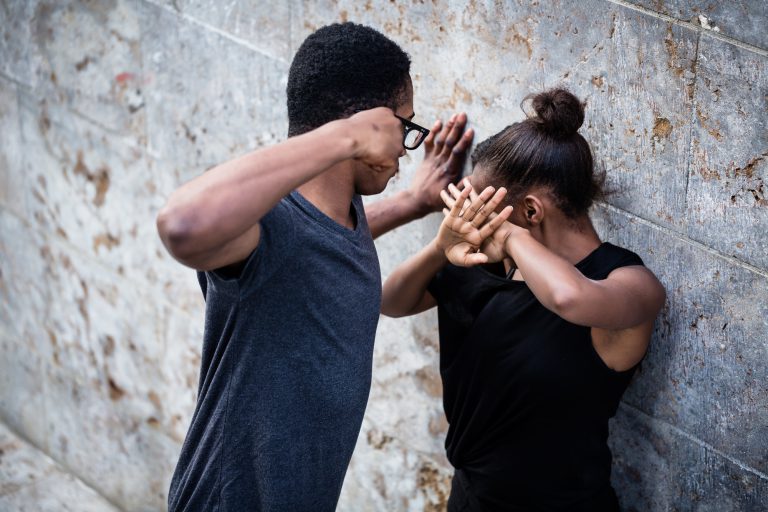 The first stages of your relationship are a dream. Your partner is kind, thoughtful, and pretty much the perfect match. Then, something in your partner seems to change.

Small things may send them into a terrifying rage or they become physically or emotionally abusive, calling you horrible names and saying things to you no partner should ever say to a loved one.

Before you know it, you start to think you may be in an abusive relationship.
How did it come to this? According to the National Domestic Violence Hotline, 24 people are involved in sexual, physical, or emotional abuse every minute.

You deserve better. Read on to learn five signs of an abusive relationship as well as tips on how to handle each situation.

Though this sign is self-explanatory, it doesn’t make it any less important to talk about. Each day, around three women are killed due to domestic violence.

But physical abuse isn’t necessarily confined to hitting or striking.

In fact, a partner doesn’t even have to act on their violent threats to be an abuser. The mere mention of causing you physical harm is enough of a sign that something is wrong with your partner.

Often, they’ll say that they were “Just kidding” and that they’d never act on their threat. Or sometimes they may even go the opposite direction and sob, apologizing and saying that they didn’t mean the threat.

These behaviors aren’t okay, and they’re a sign that you’re at risk. Please, act now before it’s too late.

Though it’s rarely this simple, the best course of action is to leave the relationship immediately. Cut off all contact with the abuser and tell a friend what’s going on.

If you live together, pack a bag when they’re at work and leave. If you can’t get away while they’re at work, plan to escape in the middle of the night.

Go to a location where your partner can’t find you and call a lawyer. Read more here to see what actions you can take to legally protect yourself from an abusive partner.

Sticks and stones may break my bones, but words may never hurt me.

You probably heard these words a lot as a child. Perhaps you even recited them whenever a friend or sibling was mean.

While the idea behind the saying is thoughtful, it’s a false notion. What others say can have an intense impact on how we perceive ourselves.

Verbal abuse is still abuse. If a partner insults you or puts you down, you’re in an abusive relationship.

Harmful statements made by those we love have a lasting effect on our psyches. Remove yourself from the situation and consider counseling.

Talking to a professional can help you get on the right track. You may not even be aware of how damaging your partner’s comments are.

They Cut You Off From Friends And Family

Social scientists agree that a strong, healthy support system is something we all need in order to live a fulfilled life. In fact, belonging is smack dab in the middle of Maslow’s Hierarchy Of Needs.

But what happens when a partner refuses to let you see friends or family?

It may sound strange if you haven’t experienced it, but isolation is a surefire sign of an unhealthy relationship. Many abusers isolate their partners so they can have a greater sense of control over them.

Isolation is a bit of a tricky situation to handle. However, you should still do everything in your power to see your friends and family, particularly if you’re concerned about your partner’s behavioral patterns.

Confide in your social circle as early as possible. They may be able to help you come up with an exit plan to safely leave the relationship.

They Don’t Adhere To Your Boundaries

Whether it’s sexual assault or breaking into your phone, breaking boundaries is unacceptable behavior, no matter how warranted your partner thinks it is.

Boundaries are a healthy part of any relationship, and anyone who can’t respect that isn’t worth your time and energy.

Like isolation, this is a tactic used to control those being abused. In short, it’s a power play by the abuser to let you know that your desires don’t matter to them.

Ignore that. The overwhelming majority of boundaries are healthy and well-reasoned.

Assert yourself and reestablish your need for boundaries. If a partner cannot or will not respect what your wishes, exit the relationship as quickly and safely as possible.

Gaslighting is one of the most sinister signs of emotional abuse, as it’s often the most subtle. If you’re unfamiliar, gaslighting is a term referring to the manipulation of a person’s emotions or thoughts designed to make you question yourself.

Phrases like “You’re crazy” or “You don’t know what you’re talking about” are classic examples of gaslighting. They may even make you feel as if you deserve to be hit or belittled.

They minimize the significance of your statements in an effort to make you feel like you’re in the wrong, no matter how certain you are.

What’s worse, gaslighting doesn’t have to be about anything major. It can be something as simple making you second guess something.

Again, gaslighting can be difficult to detect as it’s often subdued and deep-seated. Start paying close attention to your partner’s words.

If they’re using language that you feel is intended to make you second guess yourself, it’s likely that you’re being abused. A counselor can help you get back on your feet emotionally once you’ve left the relationship.

Abusive relationships can be terrifying. Whether they’re physical like hitting, verbal like insulting, or psychological like gaslighting, each form of abuse has a distinct and long-lasting impact on the abused.

If you believe you’re the victim of abuse, reach out. Whether it’s a friend, colleague, or hotline, it’s important that you take care of yourself.

Use our database to find a counselor or lawyer in your area who can help you come back from your abusive relationship stronger than ever.